I just received notice of a fashion show: not the kind of thing I used to blog here back when I was blogging regularly – hello again BTW, this will be the first post in a revival of this blog, apart from anything else I miss the combination of disciplined regularity and almost random new directions that blogging brings – anyway, the fashion show is by a New York artist, Adam Harvey, who will present various items designed to counter surveillance of different kinds. 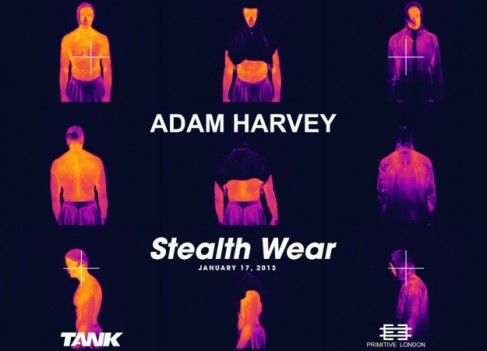 There has been a growth in both surveillance and anti-surveillance clothing over the past few years. Back in the 2000s, we saw items like the Bladerunner GPS-enabled jacket – supposedly to enable parents to keep track of their kids but which would probably be more likely to tell them which bus they’d left it on or which friend they’d lent it to – and even earlier, Steve Mann‘s lab had been creating artifacts that combined engineering and art to subvert or reflect surveillance in ways both serious and humorous. More recently we’ve seen anti-surveillance make-up – another art project. But while artists have explored anti-surveillance and sousveillance, the general trend does seem to be towards clothing enabled for surveillance or at least connection into systems which require surveillance of the item or its wearer as part of some augmented reality / ubiquitous computing scenario.

I'm David Murakami Wood. I live on Wolfe Island, in Ontario, and am Canada Research Chair (Tier II) in Surveillance Studies and an Associate Professor at Queen's University, Kingston. View all posts by David