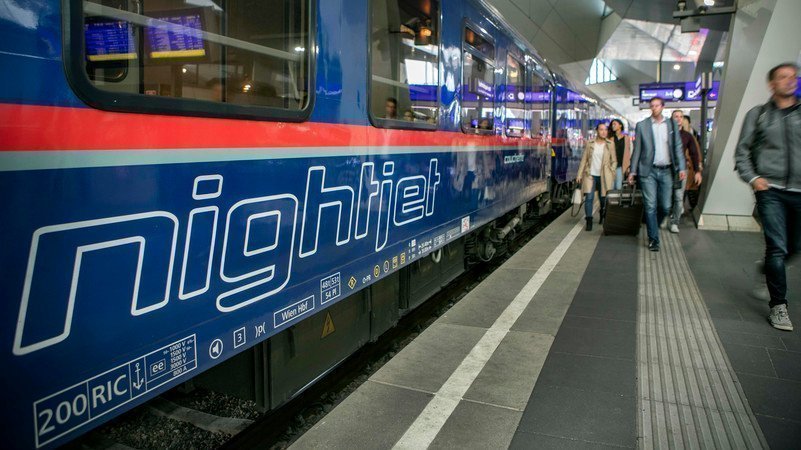 I’ve been a environmental activist since I was in my teens. I stood for the Green Party as a student, I was a direct action activist against road-building, illegal logging on Indigenous lands, and much more. I’ve never learned to drive a car, and that was entirely deliberate. We built a Passive House, and are aiming at a net-zero life (you can read more about that here).

But there is one aspect of my life as a working academic that is difficult to reconcile with this, and that is flying. Air travel is one of the worst sources of greenhouse gasses and it’s even worse because the emissions occur higher in the atmosphere. And yet, academics fly a lot. Partly this is about conferences – scholarly associations do love to have their events scattered all over the world – but partly it’s about research – we have to go to places to do observation, interviews etc. etc. – don’t we?

Well, perhaps not. Or perhaps we are not being imaginative enough. The pandemic has shown that many smaller seminars and workshops can happens perfectly well via the internet, and with VR, that’s only going to improve. I don’t think our Surveillance Studies Centre seminars, which have been entirely virtual this year, have been worse, indeed we’ve been able to invite people from further afield than we would normally do. I’d also argue that a lot of more distant research visits could be replaced by a combination of internet connection and on-the-ground work carried out via partnerships with local researchers.

I don’t think we can replace the magic of face-to-face interaction and chance meeting and discussion entirely. But we can minimise the environmental damage we do. A lot of this is strcutural and therefore it is a matter for funding agencies, scholarly associations and universities. We should be seeing research funding taking into account excessive travel proposals when evaluating grant applications etc.

But I think it is also necessary that we take personal action, especially those of us who in the most priviledged academic positions. My personal climate pledge is this: I will take no more than one long-haul return flight a year from now on –– forever. I’m not going to be doing lots of short-haul flights either –generally speaking, I will take none– but I do leave open the possibility that I would take one very occasionally.

This is ‘inconvenient’ but it just means I have to take decisions about what I do, when, and where I go. For example, I know the Surveillance & Society / Surveillance Studies Network Conference is every two years, in Europe. This means I can plan for a month-long conference / research and friends and family visit trip in 2022: I’ll be doing 4 conferences (ICA – Paris, SSN – Rotterdam, EuroS&P – Genoa, Beyond Smart Cities – Malmo), a mountain marathon in Leichenstein, and visiting family & friends in the UK, all by train (mainly night trains) and ferry. 2023 will have to be a family trip to Japan, but could also involve a significant research visit.

If I’m invited anywhere else overseas outside of this, I will either insist on virtual presentation or if that is not possible, I will just turn it down. I’ve been working out how to get to places I might need to go in Canada and the USA. It’s possible to get to most major cities by train. You just have to accept it’s going to to take longer, but since you can work on trains, this isn’t necessarily a bad thing, and the worst part of it is generally the Canadian elements: Canada desperately needs to invest in its railways and espcially in frequency and speed. It’s ridiculous that you can’t get to Montreal or Ottawa from Kingston much before midday. Anyway, we’ll find out how well this is going to work when I go to New York by train via Montreal, in April next year.

Now, who’s going to join me?

The New Transparency project is coming to an end, and we are launching our major final report, Transparent Lives: Surveillance in Canada / Vivre à nu: La surveillance au Canada, in Ottawa on Thursday 8th May (which is also my birthday!). The report is being published as a book by Athabasca University Press, so it is available in all formats including a free-t0-download PDF. We want as many people in Canada (and elsewhere) to read it as possible.

The launch will be covered by the Canadian press and was already blogged in the Ottawa Citizen a few days ago.

A website with resources and summaries will be here very soon, and there is also a promotional video / trailer here in Youtube.

This combined social science / literary analysis lark is harder than it looks! Frequently asked questions of scholars who look at books or films at conferences always include one or more of the following: ‘why these books?’, ‘how did you sample?’, ‘what makes these films significant?’ and so on – indeed I had a bit of a go at an unfortunate PhD researcher at a conference last year on exactly this basis (sorry, Michael Krause, your paper was actually really interesting). So I have been trying to be systematic. So the first thing I did was to compile a longlist of English-language SF since 9/11.  Basically, I went through all the major US and British SF award shortlists for novels from 2002 onwards. The awards I covered were: the Hugo, the Nebula, the John W. Campbell Memorial award, Locus, the Philip K. Dick, the Arthur C. Clarke, the British Science Fiction Association award and the James Tiptree Jr.

The reason for using awards was to address the ‘importance question’. I could also have used ‘best of year’ lists from a number of online publications and bloggers but where would you stop? In any case, many of these awards are already crowdsourced and fan-based, at least in their nomination procedures. Inevitably, some smart alec will say ‘but you didn’t include ‘award X’. Again, there’s a limit. So although the PKD (which only covers new paperback fiction) and the Tiptree (focused on gender) are relatively minor, they are well-regarded and expand the ground to include a lot more edgy and innovative work, whereas the Lambda award (LGBT sf) is pretty small. Likewise I did not include Canadian and Australian association awards because they tend to have a very restricted pool to draw on and the best authors from those countries are published internationally anyway and, in the case of Canada at least, are very influential in the international associations.

All the shortlisted novels for all the awards added up to about 350 novels: too many to do any kind of useful analysis of any more than the most superficial kind with the time I have – although I may come back to this longer longlist later. So I tightened my criteria to novels that had either won any of the major award or been shortlisted for at least two. This leaves me with 117 novels, about half of which I have already read. I am now in a dilemma. This is still too many to deal with. I did produce a shortlist of just award-winners, 68 novels (there were a few ties in some years for some awards), but can you consider a novel that won the only award for which it was shortlisted to be more ‘significant’ than a novel that was shortlisted for 2, 3, 4 or 5 awards but didn’t win any? And here I also got into questions of personal preference: with this selection, and this is even more the case if I reduce the list further to only novels that won an award and were also shortlisted for at least one other (38), a lot of the novels that I find most interesting and which I would like to discuss because 1. they are good; and 2. they actually make some interesting post-9/11 points, for example, Lavie Tidhar‘s Osama (nominated for the BSFA 2011 and the JWCM 2012 but not a winner) and Kathleen Ann Goonan‘s In War Times (the 2008 JWCM winner, but not shortlisted for any of the other major awards) drop off. So, somehow I am going to have to do make some broad considerations of the 117, and select within these on the basis of either representativeness with regard to some particular themes I identify from the broad survey, or just because I think they are worth discussing in more depth.

I’m privileged to be supervising some great students at all levels, but Jeff Monaghan is something else*. Not surprisingly for someone who previously worked with the awesomely prolific and engaged, Kevin Walby (now over in Victoria – who may be the young researcher I most admire in surveillance studies), he mainly uses Access to Information and Privacy requests (ATIPs – under Canada’s freedom of information legislation) as a basic method, and as far as I can see he is constantly firing these things off and sorting through them for revealing nuggets. Right now, Jeff is working in the way in which Canadian development aid, like that of many wealthy nations, is becoming increasingly entwined with a security agenda, what he calls ‘security aid’. Anyway, he’s in the news today because one of his ATIPs has revealed that Canada was engaged in planning for military intervention in Mali, of some sort, over a year ago, belying their apparent public reluctance to get involved right now.

This is just a quick personal update to say that my long-time collaborator, Kiyoshi Abe of Kwansei Gakuin University, and I, have been successful in winning a Japan Society for the Promotion of Science (JSPS) Fellowship, for my project, Public Safety and Surveillance in the Global City: The Case of Tokyo. I’ll be heading to Japan for ten months from mid-June this year, where I will be based in Tokyo, and working with Kiyoshi (who is down in Kobe) and hopefully also with some great people from Meiji University. That’s when this blog will return to being much more of a research diary for my fieldwork again – it’s been a while!