There is increasing evidence that US police forces are now using GPS tracking devices regularly and with impunity. Following court rulings at different levels which have left the legal situation unclear with only the Supreme Court left (this coming week), police forces across the country have been slapping GPS trackers on thousands of private vehicles, without warrants, and until recently, without the knowledge of those being tracked.

However, Wired‘s Threat Level blog has been reporting on the growing numbers of cases of Americans who have discovered GPS trackers on their cars, and in one particularly bizarre case, a device that was replaced by undercover officers while the Wired reporters were in the vicinity, having just removed and photographed the original device!

There are many pictures and manufacturers’ detail on Threat Level. Here are a couple… 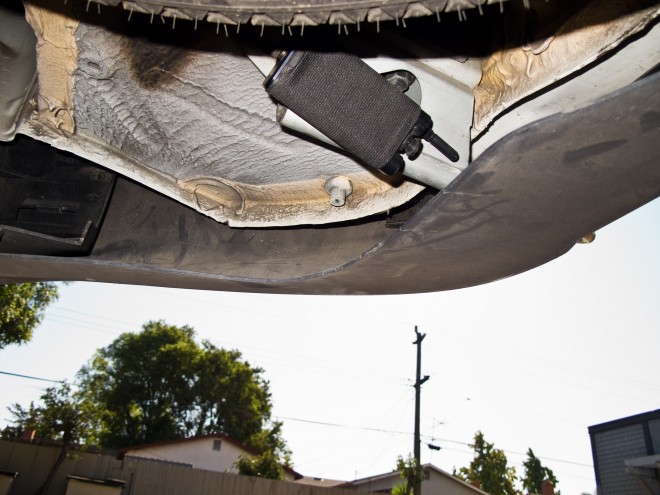 One of the more perplexing things about the use of these devices is what recourse the US citizen has when they discover them. If they are placed ‘legally’, do you have the right to remove or indeed to disassemble them? What would be done if they are removed? The experience of Wired would suggest that the device would be replaced, but how many times could this go on? At what point would the state take some kind of legal action to attempt to prevent the removal of a device? In the case of location tracking devices that are known about but unable to be legally removed, surely you have a situation that becomes equivalent not to simple (if it is even simple) unwarranted surveillance, but to electronic tagging.